52 Ancestors: Jack Hangs Up The Blades For A Life Of Service

This is the fourth and final part in a series of posts that primarily set out to capture the professional hockey career of John Osborne 'Jack' Filkin, or, 'Uncle Johnny' to my wife.

The previous three posts about Jack Filkin's hockey career can be read here:


Jack Filkin learned to play hockey, likely on the frozen ponds and rivers of his native Ontario, Canada. It is clear from all of the records that Jack loved hockey and would do whatever was needed to find a place on a good team. He was scouted a signed by the New York Rangers. He didn't make the NHL team following the 1929 training camp but rather was assigned to the Rangers' pro farm team, the Springfield (Massachusetts) Indians.

His second pro hockey season was spent in the California Hockey League playing for the Los Angeles Millionaires. Unfortunately, no cumulative statistics for the team or the league could be found for the 1930-31 season. However, various newspaper articles and family-held press clippings tell of Jack impressing with his speed, his goal scoring touch and his ability to play both a finesse and physical style of hockey. Whatever it took to succeed. 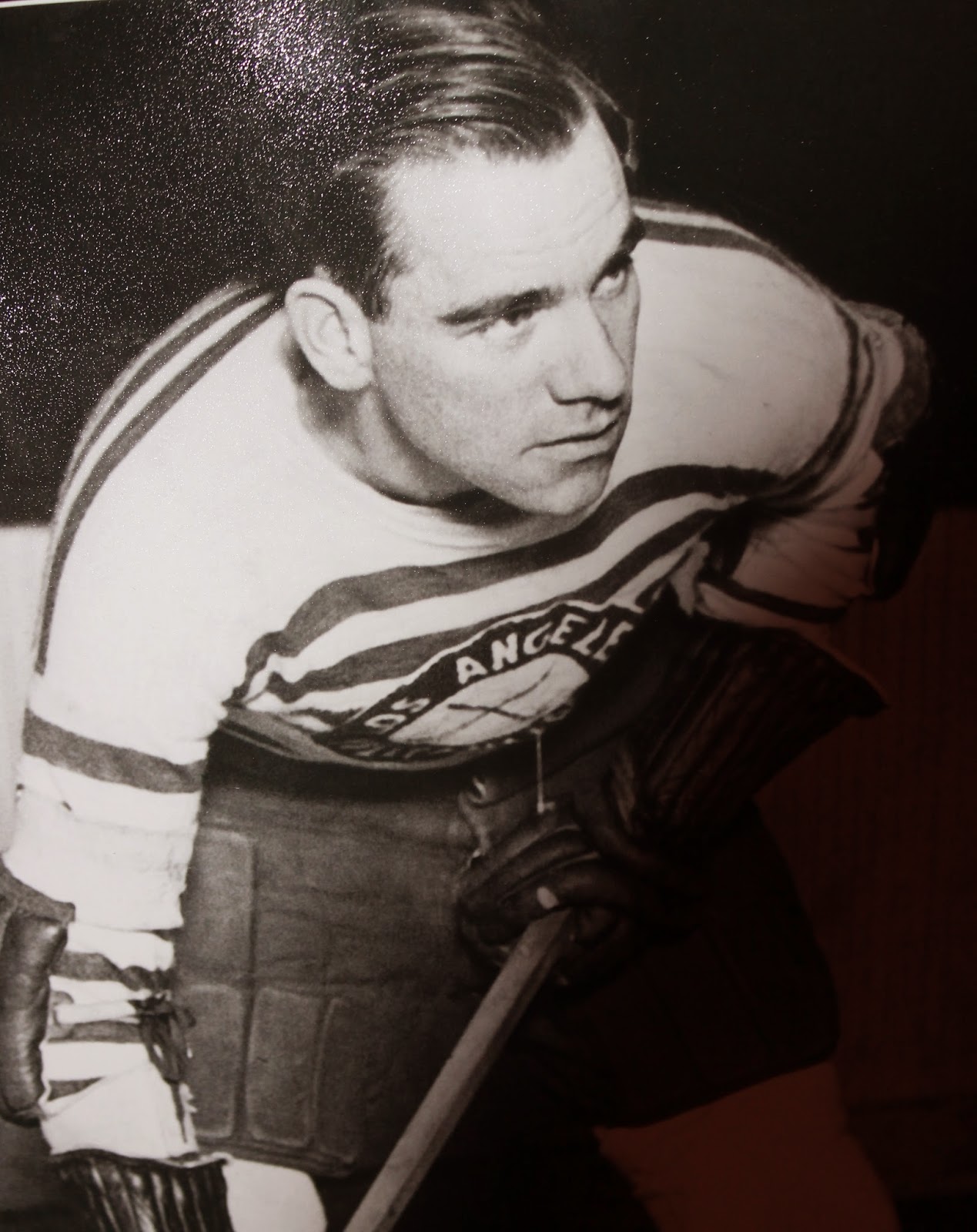 Jack's Los Angeles Millionaires finished second in the league that year to the Oakland Shieks. Jack was near the top of the list of goal scorers, probably in the top ten players, possibly as high as the top five in the league.

It is not surprising then that Jack's pro hockey contract was purchased by the Philadelphia Arrows of the Canadian-American Hockey League for the 1931-32 season.

Jack was off to the 'City of Brotherly Love' to join an Arrows hockey team being coached and managed by Hockey Hall of Famer Herb Gardiner. The team played all of it's home games in the Philadelphia Arena on Market Street in the city's west end. Statistics for the 1931-32 season show that Jack played in 31 games, assisted on three goals, and accumulated twelve minutes in penalties.

What that record does not show is that jack sustained a career ending injury towards the end of the season. Jack's hockey season was ended early when he severely broke one of his legs.

The following hockey season, Jack attempted a comeback with the 1932-33 Edmonton Eskimos of the Western Hockey League. Leading up to the Eskimos' opening game, an Edmonton sports reporter introduced the new member of the local team in this way:

Over on the left wing, McKenzie [Edmonton Eskimos coach] has a big, robust speed merchant in the person of Jack Filkin, 25-year old sniper who has had his share of pro competition...Filkin had a bad break with the Arrows, suffering a badly fractured leg, and he never did regain the form expected of him.

Although his hockey career came to a disappointing end, Jack had lived the dream. But it was now on to other and perhaps even greater things John Osborne Filkin.

With his hockey career over, John returned to Toronto with his wife Hazel (Latimer). They settled into a pleasant home on Vaughn Road in the Toronto borough of York. John and Hazel welcomed into their family two daughters. John went off to work each day according to voters lists as a salesman. Eventually John took up the profession of tree surgeon as recorded in numerous subsequent voters lists. Eventually this profession would be described as Landscape Architecture.

John's dedication to service through the Lions Club is well documented, both in Lions Club archived records and in the many newspaper articles from across Canada and the United States reporting on John's message to fellow Lions Club members at the many conventions at which he was invited to be the keynote speaker.

When not inspiring and encouraging Lions Club members, John found time to serve as the Commissioner of the Parking Authority for the Borough of York (Toronto, Ontario) or 16 years. In the 1971 photo below, John Filkin is seen helping Borough of York Mayor Philip White cover a parking meter, an act that offered free parking in the borough for the busy shopping season the week prior to Christmas. 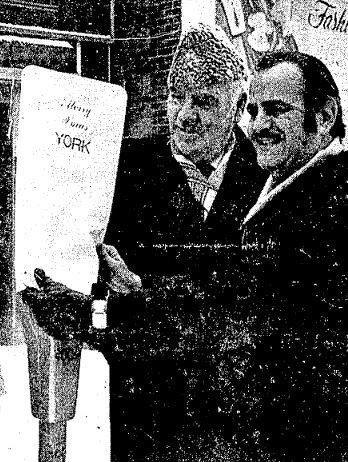 Following a life of giving joy to hockey fans and serving his community, at home and abroad, John Osborne Filkin passed away on April 28, 1977 having followed his dream, served his community well, and teaching all of us how to live life well.
Posted by Unknown at 7:00 AM