I have, admittedly, been delinquent in continuing the story about John Osborne (Jack) Filkin, my wife's uncle through marriage and, in his younger days, a professional hockey player. This is Part 3 in a four part series about Jack Filkin. You can read the previous two parts of this story here:


Jack grew up in small town Ontario, Canada. Here he learned to play hockey, and play it at a high level. In an era before the blades of hockey sticks were curved, Jack played with a standard straight-bladed hockey stick. With that straight blade, Jack developed the unique skill of being able to shoot the puck either left handed or right handed.

At five feet, eleven inches in height and one hundred seventy-five pounds, Jack would have been considered a big winger, even a force to be reckoned with.

In 1929, the general managers of the professional hockey teams had no farm systems from which to draw for the big league team. They needed to scour hockey leagues looking for young talent.

When the New York Rangers of the National Hockey League (NHL) were looking for new talent, according to press reports, they were "told of" Jack who was "known in the Maple Leaf country as Goal-a-Game Filkin, this because he has averaged a goal every game since he began donning the steel blades in league competition."

The 1929-30 season didn't work out as hoped for. Jack attended the New York Rangers training camp and was sent to the New York Rangers' Canadian-American Hockey League affiliate team the Springfield (Massachusetts) Indians. Although Jack was a fan favourite, his goal scoring touch was missing. He recorded just one goal and one assist while spending 30 minutes in the penalty box.

Following the hockey season, Jack returned to his Ontario home. In Toronto, he was known as Police Constable Filkin, Badge Number 788. In that first 'off-season' of 1930, Jack managed to take time off of his 'beat' to marry Hazel Latimer. 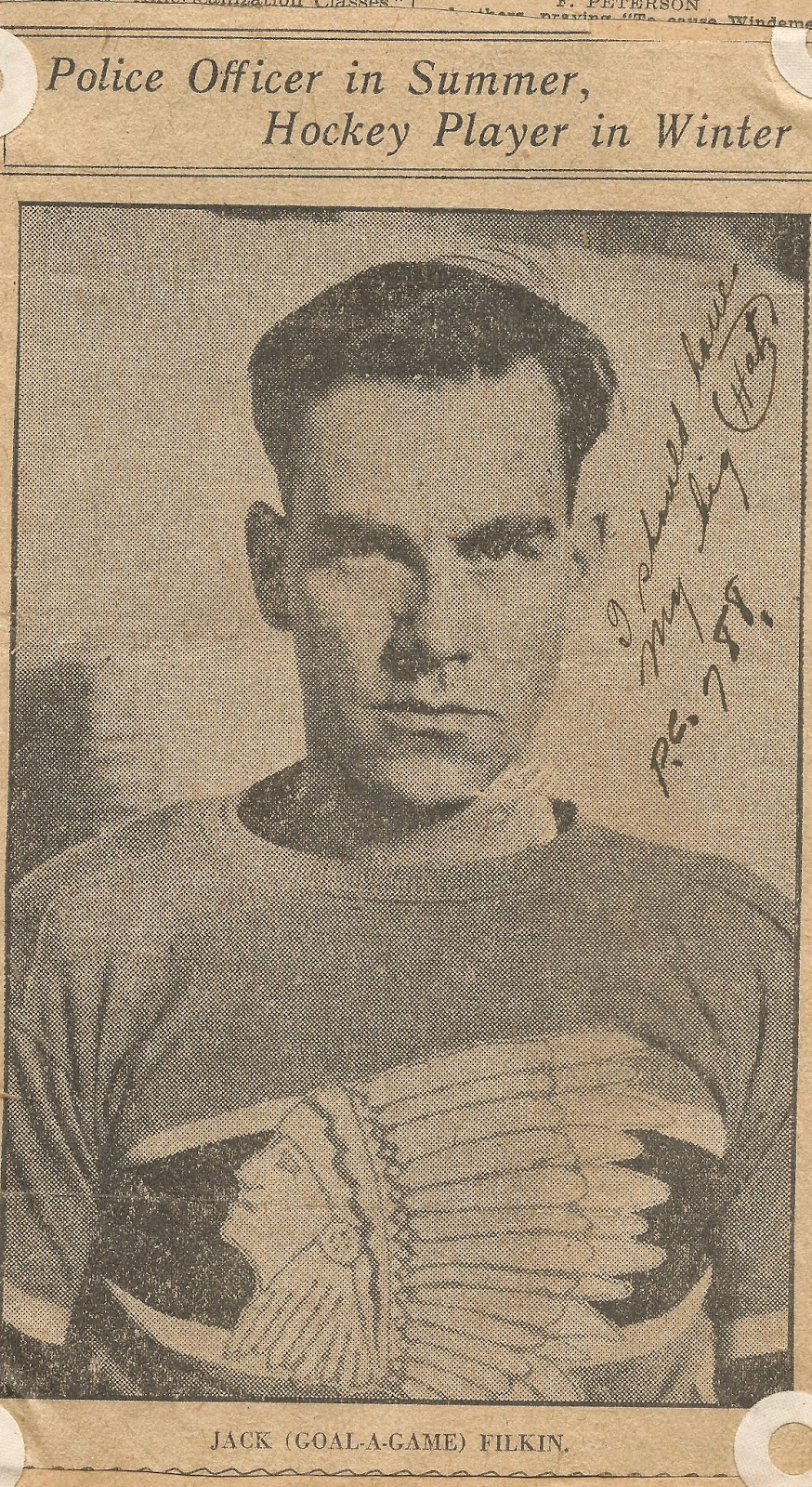 On November 10, 1930, it was back to hockey for Jack. But this time, Jack was on his way to play hockey in California where his professional contract had been purchased. Jack was going to be a Los Angeles Millionaire.

There does not appear to be a compiled listing of the statistics from the California Hockey League available for the year that Jack played there (1930-31). However, a review of the press clippings available to me strongly suggests that Jack's scoring touch had definitely returned, with numerous multiple goal games reported.

Hazel joined Jack in Los Angeles and, together, they were able to connect with Hazel's aunts, uncles, and cousins in the Knox and Squires families. Hazel's mother, Mattie Diona (Knox) Latimer was from California and had left the state the day after she married her Canadian husband, Edward Latimer, in 1906. 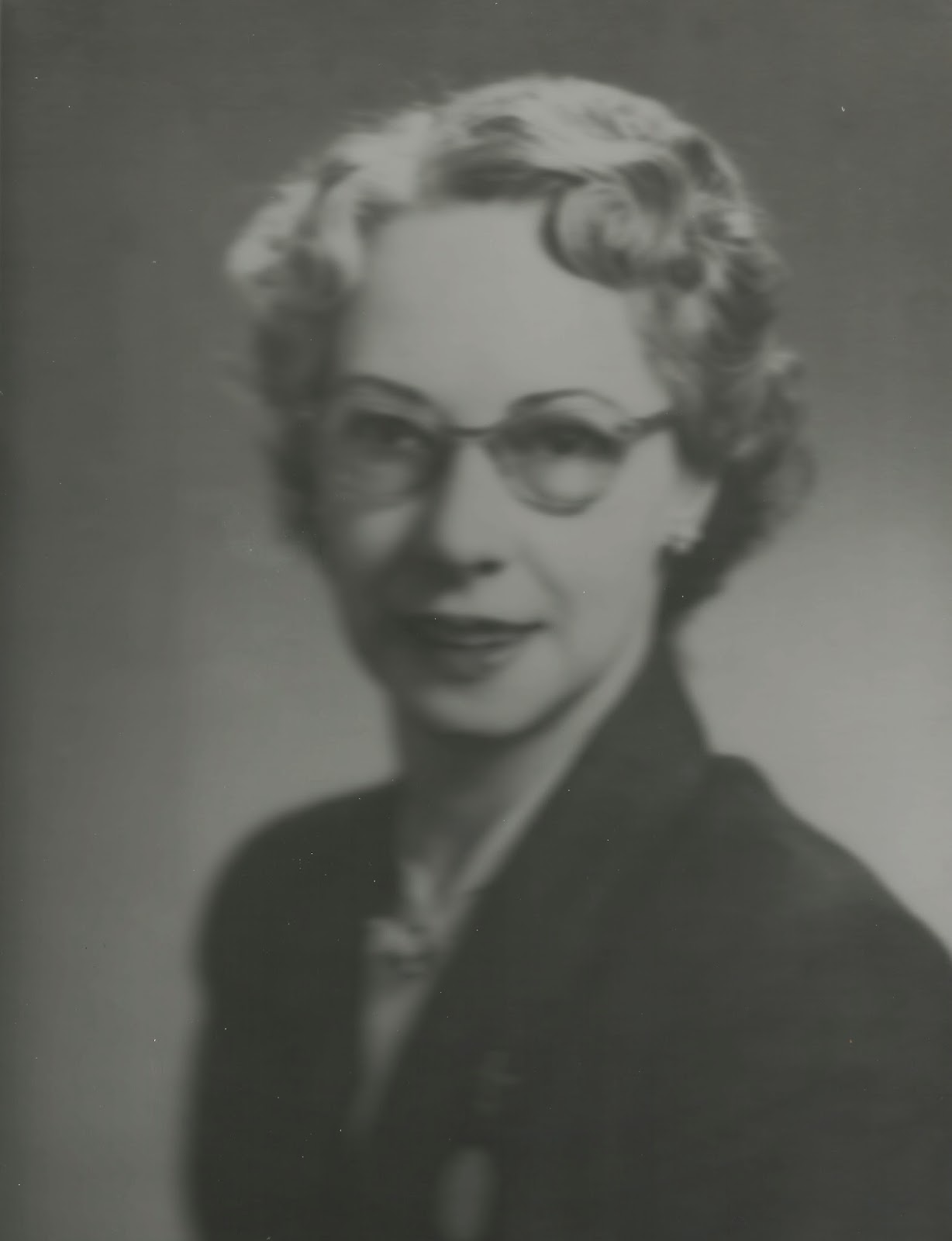 Jack was gong to spend his third season as a Philadelphia Arrow. He did not know it when he crossed the U.S.-Canada border in the Fall of 1931 that the 1931-32 hockey season would be his last.
Posted by Unknown at 7:00 AM