Amy Johnson Crow of the No Story Too Small genealogy blog suggested a weekly blog theme of '52 Ancestors' in her blog post "52 Ancestors in 52 Weeks." I decided to take up the challenge of the 52 Ancestors blog theme as a means to prompt me into regularly sharing the stories of my ancestors. So over the course of 2014 I will highlight an ancestor, sharing what I know about the person and perhaps more importantly, what I don't know.

This week I am coming a little bit closer to home and profiling my paternal grandfather, John Gaull Hadden.


His beginnings were much like much of his life - quite humble. John Gaull Hadden was born on 9 Mar 1910 in a little dwelling at 9 Pirie's Lane in Woodside, Aberdeen, Scotland, the son of Alexander Shand Hadden and Jessie McKenzie Gaull. He was the fourth son born to the couple in six years. Sadly, the brother born immediately before John, a boy named Lewis, died eleven months before John's arrival. John would later name his own first son after the brother he did not have a chance to know. 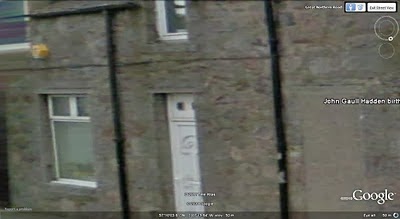 When John was thirteen years old, on 9 Nov 1923, he boarded a ship named the 'Metagama' in the Port of Glasgow. John was with his mother Jessie, oldest brother Alex and younger sister Edith as they began a voyage across the Atlantic ocean to join John's father and his brother Andy, who had made a similar voyage a few months earlier, in Canada. They sailed in the third class section on the ship would take them to Quebec City where they would transfer to rail cars, eventually making it to their final destination of Aneroid, Saskatchewan, just in time for their first experience of winter on the Canadian prairies.

The records that document their passage make it clear that this was intended as a permanent relocation. Saskatchewan however provided only a temporary home for the Hadden family. In 1927, on the death of Alexander Shand Hadden's step-father, Andrew Gammie, the Hadden family needed to relocate one more time.

The second relocation took the Hadden family, minus brother Andy who decided to remain in Saskatchewan, to Toronto and the east end neighbourhood that became 'ground zero' for the family as it is known today. Canadian census records, voters lists, and city directories show that for the next several decades, the family and its members lived in a number of houses and that all residences were east of the central Toronto dividing line of Yonge Street.

John married Agnes Little, who was also a recent immigrant from Scotland, on 29 Oct 1929. Together they had to struggle through the Depression era when finding work to provide for the family's sustenance was extremely difficult. John's employment opportunities were a series of short term jobs until 17 Dec 1935 when he was hired by Silverwood Dairies as a "Milk Route Salesman." That's the company's official name for the position but to everyone else, John became a Milkman, delivering milk and other dairy products on his prescribed route, initially by horse drawn wagon.

When I was young, one of my great thrills was helping my grandfather balance his milk route receipts. My grandfather, in our family tradition was known to me as 'Pop', just as my father has been 'Pop' to my children and now, I am 'Pop' to my children's children. Pop would pick me up, usually on a Sunday afternoon and take me to the dairy building where I would operate the large adding machine by punching in the numbers he would call out to me, pulling the large lever on the side of the machine after each number and with one final level pull, getting the total of the receipts. My reward for all of this effort, a carton of chocolate milk. Knowing the reward, was all I needed to motivate my efforts as a six year old.

I am fortunate that I began researching my family's history 30 plus years ago and as a result, Silverwood Dairy had no privacy related policies or concerns when they provided me with a full report on my grandfather's employment history with them. The report shows that John received a couple of promotions, first in 1947 to Milk Route Inspector and then in 1953 to Milk Route Foreman. 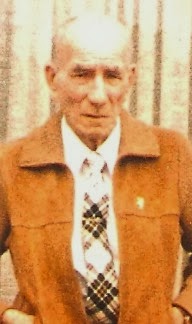 In August 1970, John was involved in a serious automobile accident, documented in the Silverwood's report, and as a result he was off work for an extended time to recover. Finally in February of 1971, unable to return to work, he retired. John's retirement years saw his health slowly decline but he never lost his Scottish brogue and that little twinkle in his eyes that I remember so well. John died soon after his 89th birthday, hopefully at peace following a very hard life.