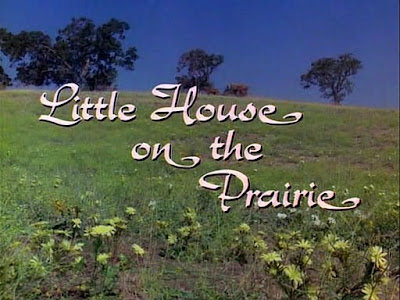 My wife's uncle, Gordon Wagner, spent several years in the 1970's and 1980's travelling and researching his family history. I have recounted in past posts how Gordon donated the original source documents that he gathered to the University of Waterloo in Ontario, Canada.
Following his family history research, Gordon, a retired land surveyor, took up writing, a pursuit that resulted in a couple of books being published. In 1986, Gordon attended classes through "Elderhostel" and wrote an article about his experience that was to be published in the newspapers of Comox, British Columbia (where Gordon lived) and Andover, Massachusetts (where Gordon attended his Elderhostel classes). While I don't know if the article was ever published, I am in possession of a copy that Gordon provided in the summer of 1986.
In his article, Gordon explains that a part of his family history quest involved collecting a stone, essentially a piece of the land, from each significant ancestral farm. He had found the farm in Lyons, New York where the Wagner family had settled after their immigration from Germany around 1830. He had also found the farm of Sylvester Faulkner, settled around 1790, north of present day Belleville, Ontario and the land settled by Johann Jacob Hailer in 1832, located in present day Kitchener, Ontario. The missing piece for his collection was something from the farm of the Edmond Faulkner, the first of the various family lines to come to North America, settling in Andover, Massachusetts around 1635.
Elderhostel, a program that offered week long college courses to seniors, provided Gordon with an opportunity to attend courses and spend some time at Salem State and Merrimack College in Massachusetts with the hope of finding that original Faulkner land. Through serendipity, Gordon met with Forbes Rockwell, an engineer and local amateur historian who had meticulously mapped the original Andover settlement and traced each successive ownership of the lands. Forbes escorted Gordon to the Faulkner land, now the site of the Kittredge Elementary School in North Andover, Massachusetts.
Aside from reviewing and analyzing Gordon's research, I recognized that I did not know enough about colonial Massachusetts so I began exploring. Edmond Faulkner is one of my wife's 7th great grandfathers. Edmond's son John married Sarah Abbott, the daughter of my wife's 7th great grandparents George Abbott and Sarah Farnum (spelling variants include Farnham, Farnam, Farnaum, Farnem, and Farnom) in 1681. This George Abbott, a tailor, died intestate on 22 March 1689. Records show that his estate was later probated with his widow Sarah receiving the sum of 25 pounds. The records also show that Sarah remarried just a few months after George's death. Her new husband was Henry Ingalls, the 6th great grandfather of Laura Ingalls Wilder. So while Laura and my wife are not related by blood, there is a connection through marriage.
The new pet name for my wife - "Half-pint."
The URL for this post is: http://ianhaddenfamilyhistory.blogspot.ca/2012/04/surprising-connection-to-laura-ingalls.html
Posted by Unknown at 8:54 AM